​Allen v Brethertons LLP (2018)- You’ve got to send a bill of costs to your client, even in fixed costs cases

This is a recent decision of the Senior Courts Costs Office which deals with the need for solicitors to provide their clients with a bill of costs, even in fixed costs case where the 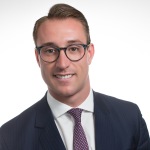 solicitors were instructed on the basis of a CFA and where costs were recovered from the other side.

The Defendant firm acted for the Claimant in a claim for damages arising out a road traffic accident which took place in December 2015. The Defendant had been instructed on the basis of a conditional fee agreement (CFA) and their terms provided for payment of 25% of the damages recovered from the other side (i.e. a damages based agreement).

In October 2016, an offer of £7,146.50 from the Claimant’s opponent was accepted. The claimant received £5,289.87 from the solicitors (which represents 75% of the agreed damages), plus £90 paid on account of disbursements less £160, being a shortfall in disbursements recovered from the opponent.

The delivered invoice came to £1,786.63, representing 25% of the settlement figure. The description in the invoice read “our professional charges regarding our success fee in relation to your personal injury claim”. A cheque for £5,289.87 was attached to the invoice. None of the disbursements incurred on the Claimant’s behalf were referred to on any of the invoices.

The Claimant alleged that the solicitors had acted in breach of r.17.2 of the SRA Accounts Rules, which provided that if solicitors required payment of their fees from money held for a client in a client account, they had to “first give or send a bill of costs, or other written notification of the costs incurred, to the client”. The Claimant asserted that no bill had been delivered to him before the solicitors took payment in respect of their fees.

The solicitors denied breaching r.17.2. They argued that the fixed costs were their costs, not the Claimant’s. They also argued that there was no need to deliver of a bill of costs because they had sent a letter to the claimant in February 2018 (over a year after the monies were received from the opponent and payment made to the Claimant)  fully setting out the position regarding monies received and costs charged and incurred.

Master Leonard confirmed that the fixed costs recovered by the Defendant from the Claimant’s opponent did not belong to them. Whilst the Stage I and Stage II costs recovered were described in r.45.18 as “the legal representative’s costs” that is a term of reference only to distinguish them from an advocate’s costs which are provided for elsewhere in the rules.

The retainer terms also specifically provided that the solicitors would be entitled to payment of the full amount of fixed costs recovered even if their time charges did not justify it. If the solicitors were already permitted to claim such costs as their own, there would be no need for that contractual entitlement.

None of the disbursements expended on the Claimant’s behalf had been included on any invoice. Master Leonard found that the solicitors had acted in breach of r.17.2. The rule expressly required a bill to be delivered or written notification to be given “first”, i.e. before the solicitors took payment in respect of their fees and that had not happened.

Finally, the need for an order (the Defendant having submitted that there was no need for an order) arose due to the Claimant’s statutory right to challenge the solicitors’ charges by an application for a detailed assessment, and he could not exercise that right until a final, complete bill had been sent to him. Master Leonard therefore made an order for the Defendant to serve a full bill of costs on the Claimant.